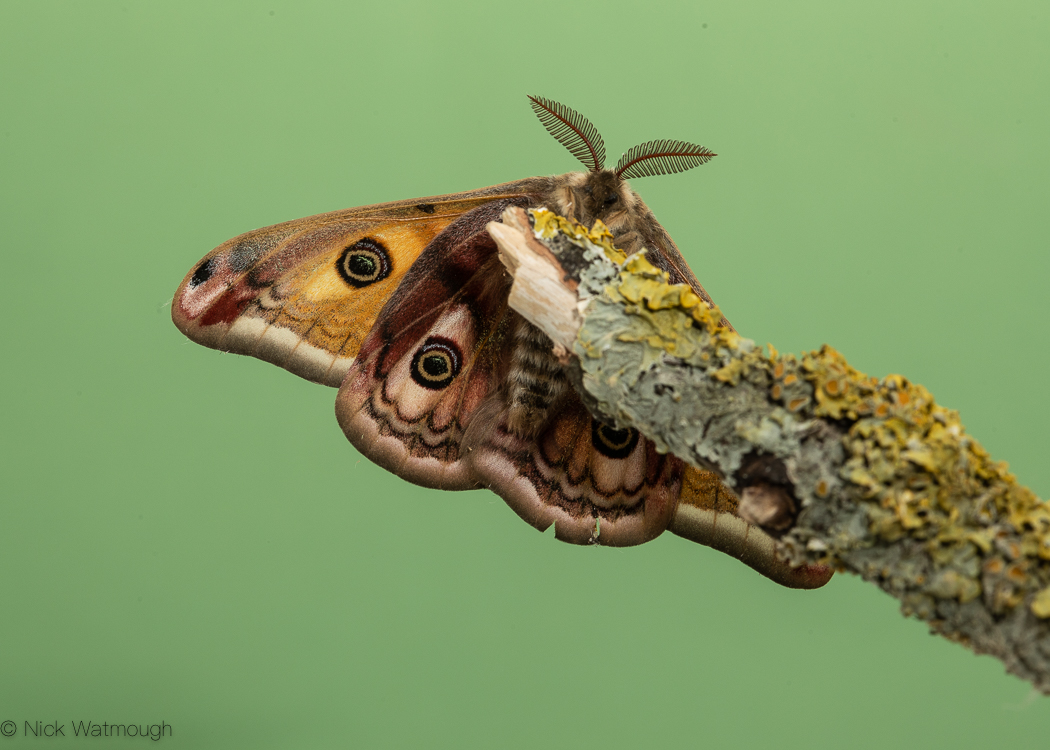 By the time the UK lockdown started on 23rd March I was already working from home. University teaching had gone on-line and my last physical seminar was on the afternoon of Friday 13th March. During an extended period of home working during the lockdown moth-trapping would be an important part of my routine.

That night I ran my actinic Heath Trap and caught just five moths of three species (5/3). However on the wall behind the trap was a tiny pale grey micro-moth. It reminded me of the Lichen Button (Acleris literana)that I had seen on Wiveton church in late January. Not surprising as it was another species of Acleris; either logiana (Grey Birch Button) or kochiella (Elm Button). Based on the images both Keith Kerr and Dave Appleton favoured logiana an identifcation later confirmed under Keith’s microscope. A new species for me, TG20D and only the sixth to be recorded in the TG20 hectad.

Before the restrictions tightened I took a short trip down the A11 to Roudham Services.  The layby is surrounded by woodland and the walls of the well lit toilet block are attractive to moths. In past years this has been a reliable site for two early spring species; Small Brindled Beauty and Yellow Horned.  The first is quite scarce, but Yellow Horned is quite common in suitable habitat (birch).  I quickly found one and relocated it to Eaton for 24 hours for a photoshoot.

The next two and a half weeks were very cool and trapping was hard going.  I was catching 3/4 of the common  Hebrew Character, Common and Small Quakers and Clouded Drab most nights.  Occasional relief came in the form of the odd Twin-spotted Quaker and Early Grey.

A change in the weather

The weekend of 4th/5th of April was much warmer.  Multiple reports of male Emperor Moths coming to pheromone lures on Saturday made sure I gave it a go on Sunday.  Twenty minutes after deployment an Emperor buzzed my lure, but some inept netcraft saw him disappear over the back fence.  Never mind!  A few minutes later he returned and I didn’t mess up my second chance.  Whilst he cooled off in the fridge a second individual briefly inspected the lure.  My first multiple siting after singles in 2017 and 2019.

The warmer weather encouraged me to switch to the bigger and more poweful MV trap. I was not disappointed with 17/10 including four new species for the year (nfy): Nut-tree Tussock, Herald, Double-striped Pug and Oak Nycteoline. Three of these species would have recently emerged

The next couple of nights were quieter with only Early Thorn the only nfy. However as it warmed up ahead of the Easter weekend numbers picked with 23/13 overnight on 8th April. Engrailed plus Brindled Pug and Beauty were all expected nfy.

Not expected was another pale grey moth on the wall behind the trap. This was a new species for me; Early Tooth-striped. The first record for TG20D tetrad and just the third ever recorded in TG20.

The catch on Easter Saturday morning was small although there were three noteworthy moths. None of this trio were in the trap, but were on the house wall and other nearby surfaces. A crisp olive and lemon Frosted Green was just the second for the garden. It was certainly much better looking than last year’s rather worn individual. In comparison Streamer is a regular garden moth in mid-April, but definitely one of my favourites. The extensive mauve suffusion is shown off to good effect on this lovely fresh individual.

However pride of place went to another new species for me; Lunar Marbled Brown.  This species is bigger than I had expected with a series of wavy crossbands in muted cream and brown tones.  The black “lunar” mark is towards the top edge of the broad cream band.

After dark on the evening of 11th April there was a lot of activity in the mild still conditions. The next morning did not disappoint and there was a fine array of moths spread across the house wall and in the trap. There were high counts of Brindled Beauty and Streamer (4 each) and 7 nfy including, Least Black Arches, Muslin Moth. Scorched Carpet Swallow Prominent and my second garden Mullein.

The two nfy micro-moths were Many-plume and Bee Moth. A couple of tiny black and white micro-moths looked more interesting. I identifed them with the aid of my photographs as Mompha subbistrigella (Garden Mompha). Although this species is new to me it is not uncommon and quite well recorded around Norwich.

Unfortunately wind and rain on the night of 12th April brought this enjoyable period of lockdown moth-trapping to an end. That said although the current restrictions are set to continue this cool spell will soon pass. And as we appraoch May there will be be many more good nights  as numbers and diversity increase.