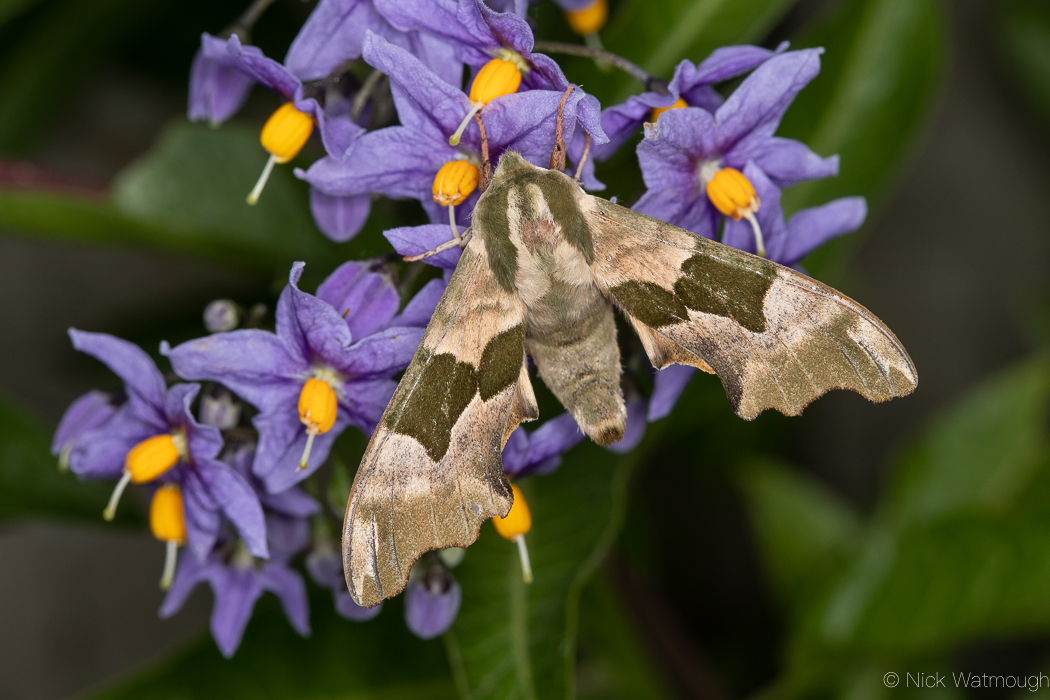 After I returned from Kuwait the garden moth-trap was hard work due to a series of cool nights in the last third of April.  But it was not without rewards. The night of 22nd April brought half a dozen species that were new for the year. This included a first garden Lesser Swallow Prominent which  I didn’t find time to photograph.  A mistake that I didn’t repeat the following weekend when I finally recorded Frosted Green.  It was one of just four moths in the trap on a very cold night.

A  warmer night on 1st May brought an improved catch (23 moths of 13 species). This included seven species that were new for the year (NFY) and a well marked, but unfamiliar pug.  With help from the friendly folk on the Norfolk Moths Facebook page I was able to identify this as a Dwarf Pug.  This species is usually associated with spruce plantations and most Norfolk records are from the Brecks.  But it does seem prone to wander

Numbers were low for the next ten days with catches never reaching double figures.  But I did record no less than three species of Hawk-moth; Lime, Poplar and Eyed.

More micro-moths appeared from the middle of the month.  The common Cochylis atricapitana (Black-headed Conch) was an expected addition on 18th May.  It was accompanied by the new for year Notocelia cynobatella (Yellow-faced Bell).

A brace of Seraphims

One feature of my my garden moth-trap is the number of Light Brocades that I catch each spring. This species is widespread across southern and eastern England, but in Norfolk most records come from around Norwich. This year it appeared on the 22nd May.

Also on the night of the 22nd came the first of two Seraphims.  This is a species with a patchy distribution in Norfolk, but again with many records around Norwich.  The second individual darker turned up two days.

The 24th May also brought a very fidgety Pale Oak Beauty which didn’t stay for a photograph.  Much better behaved was the garden’s first Clouded-bordered Brindle.

My catches over the last two nights of May were not huge, but the diversity was good.  Many more species were appearing for the first time this year. These included two of my favourite macro-moths; Elephant Hawk-moth and Puss Moth.

There was also an increase in the number of micro-moth species including three species that were new to me.  The first two species Plutella porrectella (Grey-streaked Diamond-back) and Rhyacionia pinivorana (Spotted Shoot) were expected.

The third Assara terebrella (Dark Spruce Knot-horn) was a surprise and represented the 43rd Norfolk record.  Like Dwarf Pug this species is usually associated with spruce plantations and rarely recorded away from Breckland. It is also considered “Nationally Notable”meaning that it has been recorded in 16-100 10 km squares!  It was nice to add TG20 to that list.

Despite these successes my garden moth-trap still managed to serve up one mystery.  A tortix (a kind of micro-moth) that I caught on the last night of the month.  It appears to be a weakly marked example of Hedya pruniana or Hedya nubiferana two closely species I record regularly.  Impossible to tell apart without dissection I let it go.  It is the kind of mystery that keeps us keen!

One thought on “Sprucing Up May Moths”