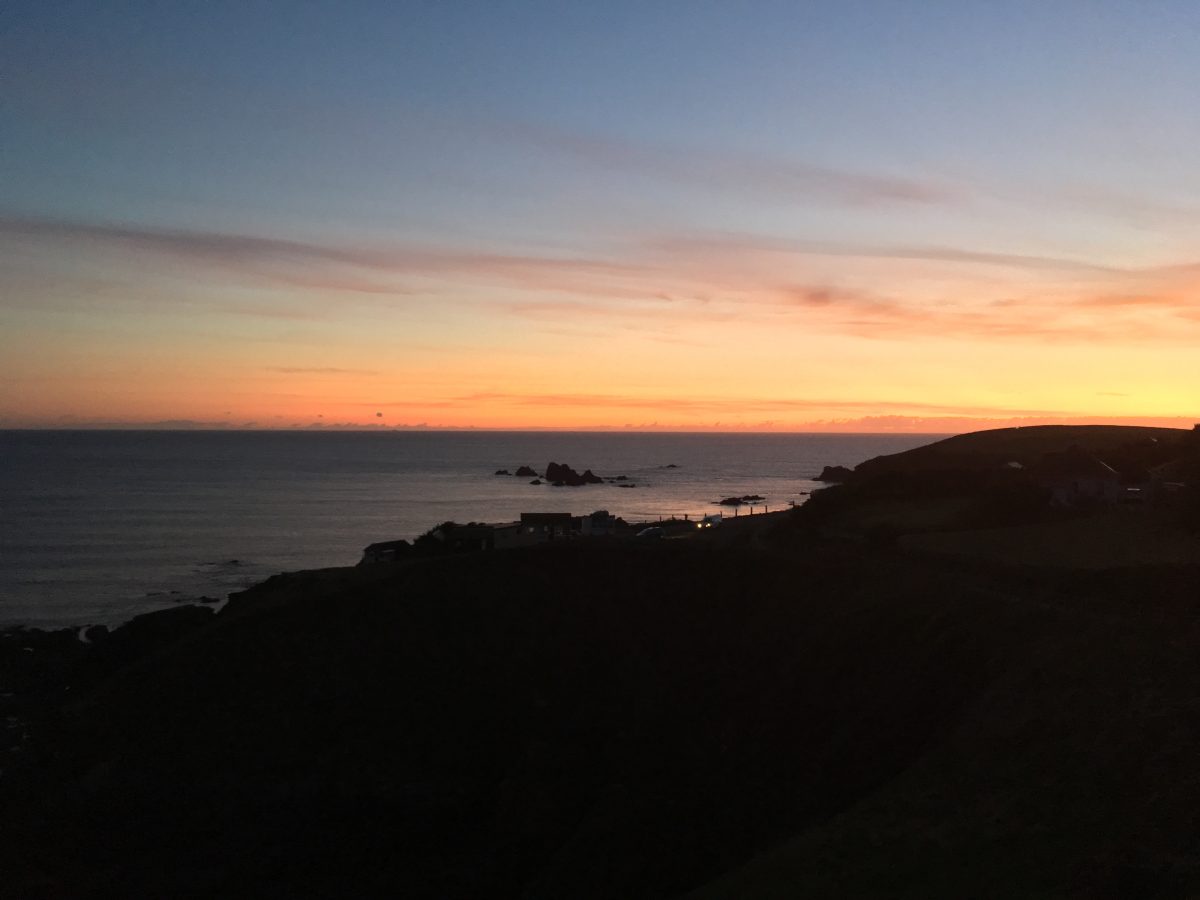 During my last couple of days in Batumi I became aware that a second summer Brown Booby was being seen irregularly near St Ives in Cornwall.  Although Brown Boobies are quite common on a global scale it would be a new species for me. But for two reasons one that would have to wait. Firstly I had been away for 2.5 weeks and had work commitments to fulfil. Secondly I had planned a weekend birding and trapping moths on The Lizard when I took Kat back to university.  I was just going to have to sit this one out!

Last seen at St Ives around midday on 31st August this bird was seen again an hour later from Pendeen.  Since Pendeen is ca10 miles SW of St Ives it had surely gone.  However, in a strange twist a different, first winter, bird turned up in the rocks off Kynance Cove the next day. Just about a mile from the Lizard Youth Hostel I was booked to stay in for the weekend of 6th- 8th September I was just going to have to sit this one out!

We set off on the evening of 5th September with a fully loaded car – even with the back seats taken out all available space was occupied either by the worldly goods of the student illustrator or mothing paraphanelia.  And why not? As the UK mainland’s most southerly point it is a prime site for migrant moths and a number of species restricted to the rocky shores of SW England and Wales.  After a rubbish journey slowed by mutiple diversions we reached the Okehampton Travelodge just after midnight and pitched in for the night before continuing on to Kynance in the morning.

By the time we reached the NT car park at Kynance many happy folk, a number of whom had also made the long trip from East Anglia, were already drifting back to their vehicles. Reassured I headed up to the viewpoint only to find the bird had left its favoured rock.  After a bit of uncertainty the Brown Booby (WP #715) was relocated feeding in Pentreath Beach where I watched it at some considerable distance for about 40 minute performing laps of the bay before it returned to Gull Rock.  I managed on one OK record shot as it flew past about 100 m below me and was very envious of the lone photographer located on a low promentory about 0.5 km to the South who seemed to be going eyeball to eyeball with the sulid – maybe tomorrow?

Time now to get Kat moved in.  After a brief stop in Truro to collect the house keys and for me to visit the excellent SouthWest Optics to buy some replacement eye cups for my Swarowski binoculars we headed into Falmouth.  By the time we arrived I was famished and left Kat to get settled and headed to a cafe 100m down the road which turned out to be the highly recommended Provedore with a fine choice of SE Asian fusion dishes and excellent coffee,

After leaving Kat to unpack and catch up with friends I picked up some groceries and decided to take another look at the Booby which was now settled back on its offshore rock.  But not the usual spot – it had moved to the West face of the rock which meant a hike of about 1.5 km beyond Kynance Cove to look back and view it..  Compared with the morning this was less than satisfactory with the distant Booby shuffling uncomfortably in a crevice and never really looking settled it did cross my mind something was amiss.

I returned to the car and drove the short distance to the YHA’s Lizard Point Hostel.  This very comfortable four star hostel is located close ot the tip of the pennninsular and was a hotel in the Victorian time. Facilities are good, albeit a bit basic, but with the added bonus of otstanding Atlantic views and extensive sheltered gardens. As it was quite breezy I set one trap in the garden before walking into the village to enjoy a pint and a supper of locally sourced seafood at The Witchball mainland Britains’s most southerly pub.

The next day was clear and still and offered an opportunity to photograph the Brown Booby in good light.  First I needed to attend to the trap and have breakfast.  I caught about 20 moths, nothing out of the ordinary, although a Frosted Orange offered evidence of the changing seasons. The catch did include Galium Carpet which was new for me and three Delicates. The Delicate is an immigrant, although these have been the progeny of moths that arrived earlier in the year and stayed to breed,

A second bite of the cherry?

After breakfast I headed back up to Kynance Cove. An increase in visitor numbers required parking in an overflow carpark with help from a rather officious NT volunteer! It was hard to know if the Booby was present, but plenty of telescopes were trained on it favoured rock.  I headed in the opposite direction to get to the promentory before it started to feed.  On the way I was joined by a local photographer who had spent an hour or so on Pentreath beach.  He was far from  convinced our quarry had not gone.  I was just going to have to sit this one out.

And I did for a couple of hours in the company of a steady stream of hirundines and the occassional passing Mediterranean Gull. But no sign of the Booby. The consensus from friends I met on the way back to the car park was that it had disappeared overnight.

The afternoon was spent retreiving more of Kat’s possessions from storage in Truro and moving them to Falmouth.  Job done I returned to the hostel to cook myself dinner. A very fine chilli con carne which was able to cool and mature whilst I set the traps.

Given the calmer conditions I elected to run both traps on the cliffs just off the SW Coastal Path.  I powered up the gennie as the last jogger of the evening pounded their way along the path. Nobody would pass the traps  again until I emptied them in the morning.

I returned the hostel to enjoy my chilli and a glass or two of red wine before retiring.  In the end I managed as good a night’s sleep as the top bunk bed in a shared dormitary allows.  As one of my room mates observed at least the YHA don’t make you do chores any more!

Once again the morning dawned clear and still and  I walked down to the trapsnot seeing a soul.  Both traps held good numbers of moths with a nice balance between migrants local specialities.  The migrants included;Delicate, Dark Sword-grass and Scarce Broad-bordered Straw.

After breakfast I checked out and headed into Falmouth to help Kat with a supermarket shop.  By mid-morning I was on my way to Davidstow. Unfortunately my attempts to photograph a long staying Buff-breasted Sandpiper were thwarted by some over exuberant members of the microlight community.  At which point I accepted that I had enjoyed a pretty good weekend and set the Sat Nav for home.