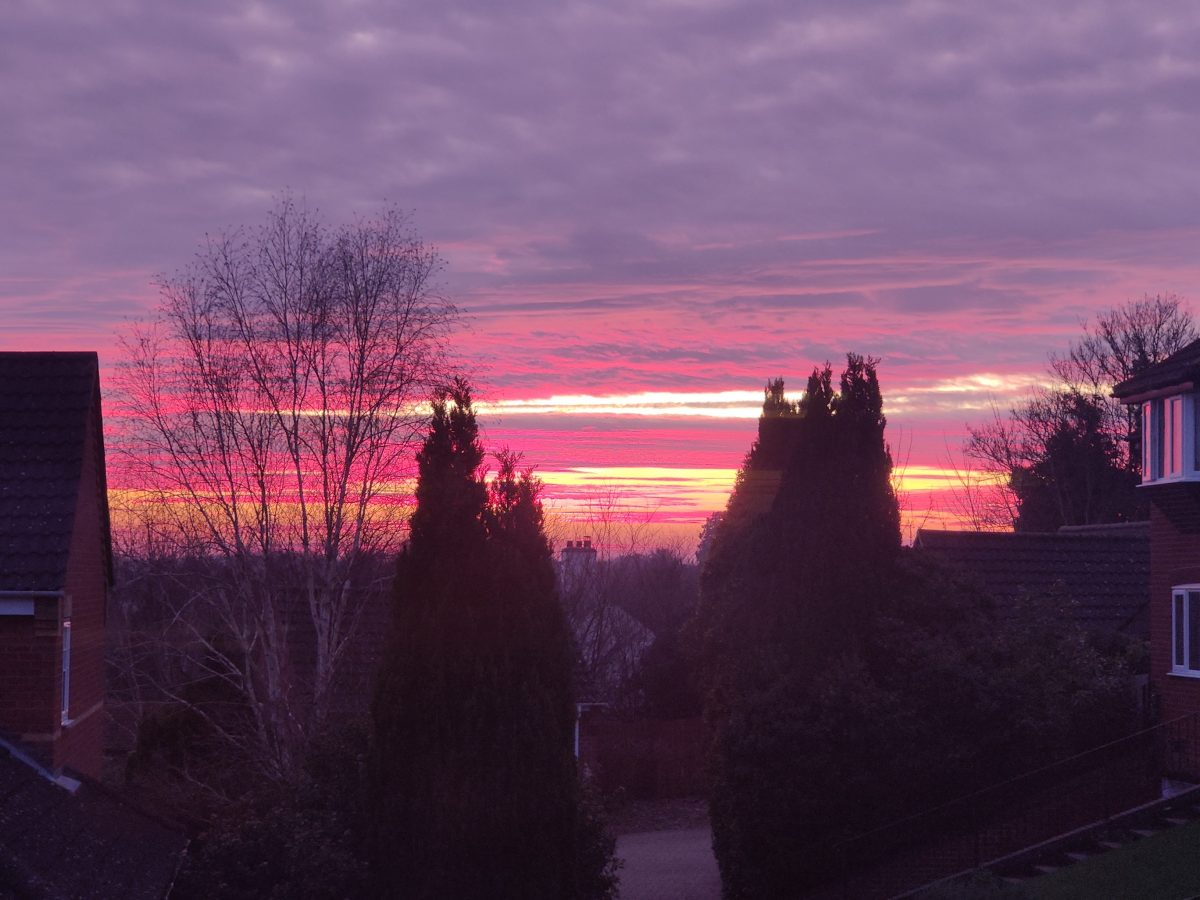 My grandmother referred to the days around the winter solstice as “the dark days before Christmas”.  I sometimes think this phrase speaks to her understanding of the powerful impact that limited hours of daylight and grey skies can have on our wellbeing.  Circumstances that combined with the demands of the holiday season make it imperative to make best use of the few sunny days that come along; especially for birder/photographers.

The first of these was Sunday 15th December and my orginal intention was to head over to ZSL Whipsnade Zoo where an adult male Black-throated Thrush found earlier in the week was holding court.  However mindful of the need to drive to Maidenhead the following weekend, and the fact that I had seen half a dozen Black-throated Thrushes in the UK it seem best to but that one on the back-burner.  Instead I headed South to the RSPB’s Hollesley Marshes reserve in Suffolk where I was able to watch the long-staying Siberian Stonechat happily feeding out of the wind some 200 m away

After an hour or so it was clear that the Stonechat was not coming closer so I made the short journey around the Deben estuary to Felixstowe Ferry where a Black-necked Grebe had taken up residence on a small beach side pool.

From a photographic perspective this was much more satisfactory.  Lying on the flat rocks with the setting sun behind me the grebe would pop up just 5 metres away.  Unfortuntely for most of my visit it seemed encumbered by some green nylon fishing line that had got wrapped around its lower neck.  Fortunately this did no seem to impair feeding and about half way through my visit the bird appeared to be disentangling itself (upper image).  The lower image shows it to be free of the twine and I know for certain it remained on that pool for a further three days hopefully safe from dog walkers and stone throwers before it made its way back out to sea.

As it turned out that a combination of work, assorted Christmas preparations and multiple trips to the dentist meant that it was not possible to make the Maidenhead trip until Sunday 22nd.   Fortunately an early start was not needed as Whipsnade does not open to the public until 10.00 hrs and the forecast was that the ealy rain would not clear until 11.00 hrs.  It is always good when a plan comes together and as I was parking just after 11 the first visiting birders were leaving and the day was brightening. To cap it all a very kind lady walked up to me and gave me a voucher for half price entry.  Over the next hour the bird did not disappoint showing well in and around its favoured cotoneaster bush before moving into a nearby animal pen all in very good light that showed off the nucanced charcoal tones that offset it’s bright yellow bill base.

More than happy with my views and photo opportunities completed a leisurely journey across the Chilterns to Maidenhead and spent a pleasent afternoon with my Mother and Sister before an early evening return to Norwich.

In many ways seemed an excellent way  to end the birding year. However as so often is the case, there was a late surprise  in the form of another Eastern Yellow Wagtail found frequenting a West Norfolk dung heap during the afternoon of 23rd December. And this individual was not an esoteric study in greyscale with a funny call, but a handsome first winter male of the nominate subspecies Motacilla tschutschensis tschutschensis aka Alaskan (Yellow) Wagtail or Blue-headed Eastern Yellow Wagtail.  For a quick refresher on Yellow Wagtail taxonomy see my recent post;  On the Beach.  As for English names of recent splits please! Just don’t get me started!

The  more immediate problem was that I was finishing at work,  Christmas Eve was going to be spent shopping and making preparations for Christmas Day and Boxing Day guests and the only sunny day in the forseeable future was Christmas Day.  And although I have long since stopped caring about county lists this appeared to be a very pretty bird and worth the effort.

In the event the family kindly made sure this was not a problem – with presents exchanged by 11.30hrs and Christmas Dinner preparations in Hugh’s capable hands I was given an unexpected bonus present in the for of an exeat. Unsurprisingly there were just a couple of observers present and as I unpacked my gear and the wagtail moved from a large roadside muck heap to a stubble field where it fed distantly for about ten minutes before flying off South-East.  Others decided to await its return but I walked down a farm track to the a second pile of sludge and manure where it had fed the previous day.

Creeping around the back of the site to get the low sun behind me I surprised the EYW which flew calling into a nearby copse before returning to feed on the piles of manure and in the slurry pools which appeared full of insects. For the next 45 minutes myself and one other photographer had this confiding beauty to ourselves whilst skeins of Pink-footed Geese called over head and flocks of Fieldfare bounced along the hedgerows.  What was there not to like?

I eventually tore myself away so that I could drive home on the near empty roads in the light and was back home by 15.30hrs to enjoy the rest of our family Christmas Day including the fine meal served up by Hugh.

Some final thoughts on the EYW.  If we accept the identification of this bird as an EYW on the basis of it’s flight call then maybe it can be ascribed as a candidate ssp tschutschensis on the basis of the blue-grey crown and nape (appears slate grey in some lights), white supercillium that stops short of the bill base and dark grey lores. As for it’s origins despite the “Alaskan” moniker tschutschensis breeds as close as NE Kazhakstan; nearer than many far-eastern species that reach our shores.  Conceivably analysis of DNA extracted from a stray feather or faeces may reveal more.  But for now that can wait as I savour a memorable encounter on a sunny Christmas Day.