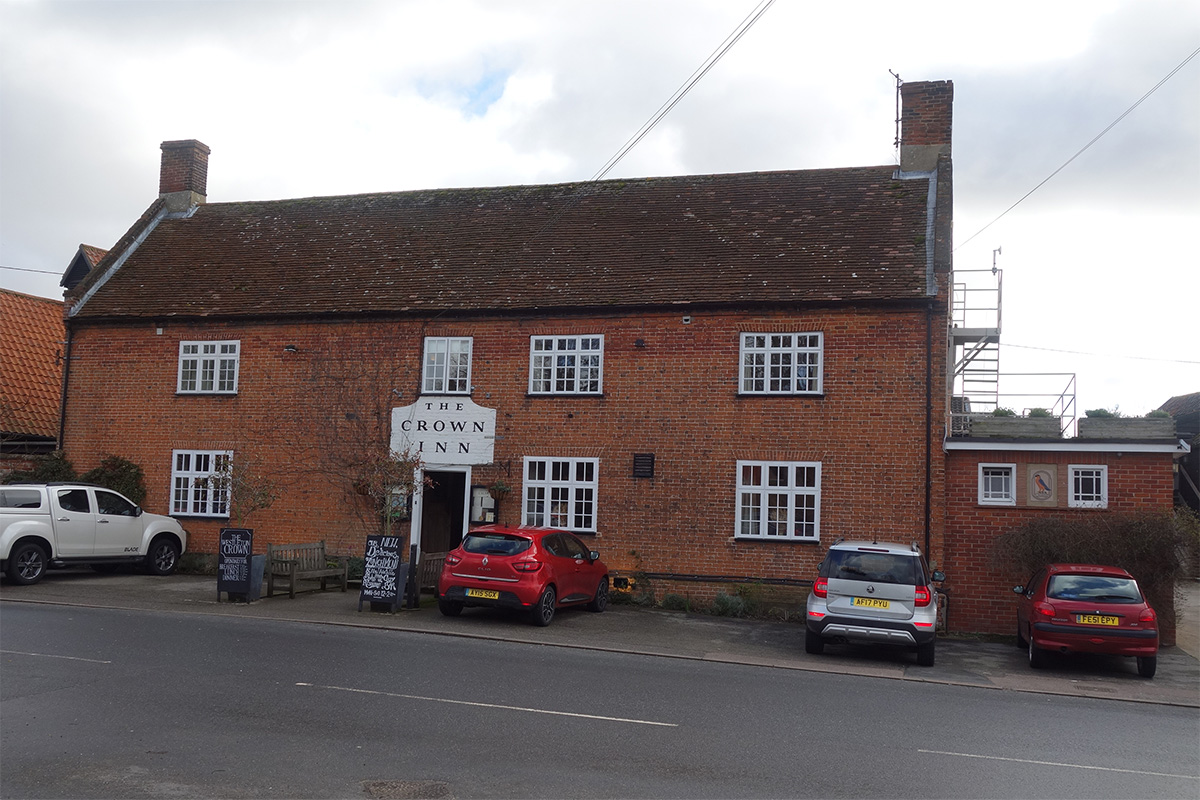 After a pretty brutal few weeks and with Valentine’s Day on the horizon Ingrid and I had planned a weekend getaway.  These days our destinations need to be dog friendly to meet the needs of Dexter, our three year old yorkie-poo. The Crown at Westleton, as well as being handy for the birding hotspots of the Suffolk Coast  lived up to its reputation as one of the UK’s 25 most dog friendly pubs; doggie treats in the rooms, hot dog showers for mucky pups and a warm welcome in the bar for your four-legged friend as you enjoy an excellent evening meal.  Plus they have a great wine list – what’s not to like!

Fortunately Ingrid has known me a very long time didn’t insist on my company for the entire weekend and allowed me an early breakfast and a couple of hours on Saturday morning to revisit Hazelwood Common and attempt better views/images of the Coues’s Arctic Redpoll than Graham and I had managed on New Year’s Eve.

Arriving just after 9 am there were a handful of birders present plus a couple of photographers in full cammo and with no bins.  Over the course of the next hour the small skittish flock of redpolls were either airborne, out of view in the recently ploughed field or hiding in a nearby thicket.  Eventually most folk managed to piece together satisfactory views through their scopes or in flight a left content, except for the two rather dour photographers who were content to wait quietly at the edge of the field.

Eventually the flock returned to the field with the Coues’s feeding in a furrow on the crest of a ridge ca 50 m away; too far for photography, but close enough  to show to a recently arrived couple who were more than happy and quickly moved on.  Just as I was thinking of leaving – the birds flew directly over my head into some nearby small trees, but frustratingly against the light!  The Coues’s then flew 30m up the lane and landed in a hedge at eye level <10m behind the two photographers who were still looking into the field.  Yelling directions I picked up my tripod quickly moved  next to them only to see the bird drop down to avoid a passer by – but before I could let out a frustrated FFS – it popped back up and stayed in view for a couple of minutes whilst all three of us reeled of multiple exposures – job done and time to head back to Westleton!

Now you would have thought that a smile and a nod of thanks might have come my way from the two taciturn togs – not a bit of it.  However given the stick that so many long lens photographers get from birders perhaps I shouldn’t have been surprised.  But fair play to these guys they showed exemplary patience, no lapses in  fieldcraft, didn’t bother anybody else and gave no reason to believe the photographers and birders can’t enjoy birds together.