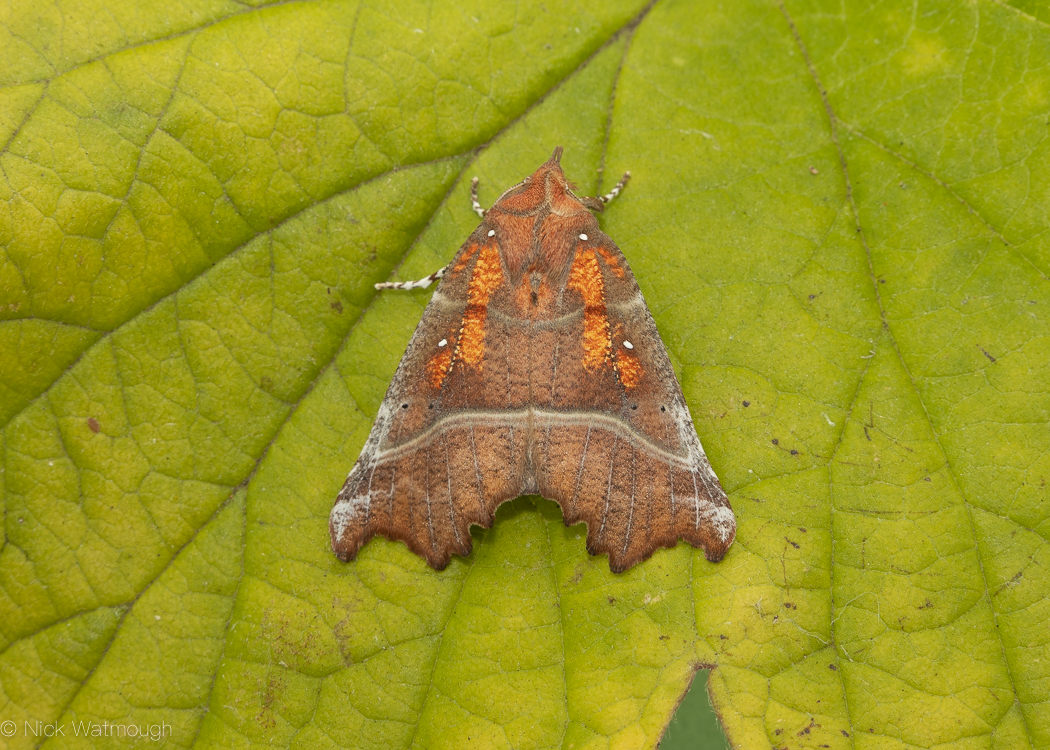 After returning from Georgia at the end of August opportunities to run a  trap in my West Norwich garden were limited by work, weekend trips away and the weather.  This post is a summary of the autumn moths in the garden that I caught between September and the beginning of December.

As expected numbers dwindled from mid-September onwards and diversity was never great.  However in keeping with the rest of the year I recorded a steady trickle of species that were new to the site.  For example the night of 3rd Sept yielded  137 moths of 22 species, 99 0f which were just five common species. But there was also a NFY (new for year) Maiden’s Blush and a micro-moth Epermenia falciformis (Large Lance-wing). There are just 3 previous records of the Lance-wing for the TG20 10 km square. And it was another new species for the TG20D tetrad.

A trip to Cornwall meant that I didn’t trap again in the garden until 11-12th September. By this time the catch had a very definite autumn feel to it with Herald, Centre-barred Sallow, Angle Shades and Black Rustic all NFY.

Again the standout moth was a wandering micro-moth; Oxyptilus distans (Breckland Plume). This was also new for  TG20D and there are only four prior TG20 records.  Another micro-moth species Eudonia angustea (Narrow-winged Grey) was NFY and expected around this date.

Moths were a bit thin through the rest of September. Notable species on 21st included a  Barred Sallow (NFY) and a couple of smart Box-tree Moths. A rather battered Frosted Orange on 29th was new for the garden and Lunar Underwings peaked at 12.

I only ran four traps in October. However I still managed to record two new moths for the garden; Mallow 5th and Brick 19th.

Other NFY moths that appeared over the weekend of 18th/19th October included Yellow-line Quaker and Satellite.

November began with a near perfect night for moth-trapping. The traps contained 28 individual of 14 species including a late migrant Silver-Y. There was also a splash of late autumn colour in the form of three recently emerged Red-green Carpets.  Feathered Thorn and Acleris sparsana (Ashy Button) were both NFY.  But pride of place was went to the slim and unobtrusive Blair’s Shoulder Knot  which was a new species for me.

A mild, and mercifully dry night, towards the end of the month persuaded me to switch on the trap.  I was rewarded with four furry chocolate December Moths (NFY).  In addition a beautifully marked Mottled Umber which was new to the garden.  A final trap in early December made the expected Winter Moth the last of teh autumn moths in the garden.  It was time to wind things up until the first mild nights in February.